One key result has gone North Melbourne’s way this week. One hasn’t.

It leaves the window of opportunity for finals closing rapidly, but of course none of that will be relevant if North can’t snap one of its longest standing hoodoos this afternoon at Adelaide Oval. 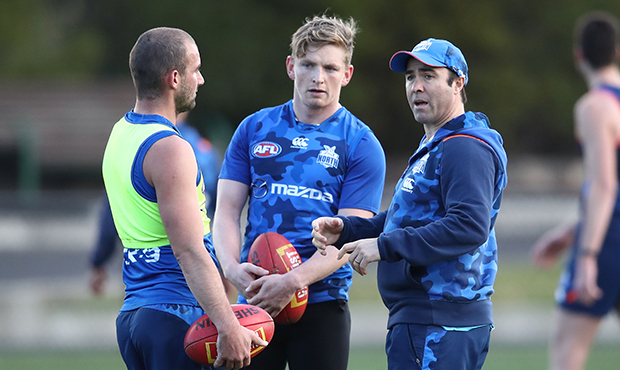 For any new readers on The Shinboner, the game day preview pieces are a primer for the action. It’s a series of questions and potential storylines to ponder as you watch today’s game.

What makes Adelaide Oval so tough for North?

Five games at the venue for five losses, with an average losing margin of 55.6 points. The closest North has been in any game is 33 points. 123.4 points per game conceded. Only 67.8 points per game scored. It’s a grim set of numbers, and that’s before we get into North’s long-standing losing streak against the Crows in South Australia a little further down the page.

The two key threads in all of those games have been slow starts, and the inability to stop opposition momentum. North has trailed at quarter time in all five games, and all by at least 14 points or more. There’s also been at least one quarter in each game that North has lost by 20+ points.

Defensive organisation clearly is the key, at least early. And because that was about the most negative two paragraphs I’ve typed all season, let’s follow it up with some much-needed positivity.

Can North bounce back from last week?

Opinions will probably differ on this one, but my view is that North has been able to avoid two consecutive below-par performances all season.

There has only been one two-game losing streak all year, and the first of those matches was the epic against Sydney; far from something to be critical of.

With Kyle Hartigan also unavailable, it leaves Adelaide’s backline a little undersized and makeshift, and an area for North to exploit – if it can give Brown and Jarrad Waite enough supply.

The last time it was a clear area of strength was at the MCG against Collingwood. Even though Brown and Majak Daw looked dangerous every time the ball went inside 50, ultimately it didn’t go in there enough because of the Pies’ midfield dominance.

What are the best other results for North?

Assuming we’re all in agreeance Geelong won’t be troubled by Gold Coast at GMHBA Stadium next week, it leaves Melbourne’s spot as the only one up for grabs.

West Coast have to beat the Demons this afternoon at Optus Stadium, and then the Giants have to do the same next Sunday at the MCG. Any other results and it’ll take miracles along the lines of 20+ goal losses for North to make finals.

What was the AFL like the last time North beat Adelaide in Adelaide?

Thanks for asking, imaginary question asking person. Presenting; Things That Were Things The Last Time North Melbourne Beat Adelaide in Adelaide. The title probably needs a little work. For the record, the last time was in Round 21, 2003.

One thought on “Five Questions: Round 22 v Adelaide”