With the season done and dusted, I wanted to thank everyone who has visited The Shinboner at some point in 2018.

When I decided to (re)start the blog in late February, it was largely because I’ve always found writing about a topic helps me to understand it clearly. With so many potential roads for North Melbourne to take, I wanted to make sure I was across them all.

Combine it with the knowledge I had from being inside the four walls for so long, and then if people read it, that was – more or less – an added bonus.

Here we are now, almost 20,000 views later. At the risk of descending too far into ‘aw shucks’ territory, that has gone past even my wildest expectations and I’m flattered so many people have wanted to read what I’ve posted.

I don’t ever want to be perceived as someone who thinks he’s the authoritative voice and one who’s above others. Besides, plenty of people already try to do that.

What I do want to be perceived as is someone who talks about footy without the hysteria, happy to discuss it with anyone, and is open to different opinions.

Hopefully I’ve done that this season while being able to give people a different perspective into decision making and long-term plans. And providing gifs.

So where to now? I won’t be going dark until February, although naturally the posting schedule will have less of a routine and be more sporadic.

There’s the Brownlow Medal, Syd Barker Medal and award season on the whole.

After the first wave of delistings, most likely very soon, I’ll be around with a couple of list profile pieces to have us prepared before Trade Eon begins.

Ideally I’ll be able to write a couple of pieces on new player acquisitions and how they’re projected to fit into the system. A Jared Polec post may already be under construction; fingers crossed there.

There is draft season, for which I’ll likely be pointing elsewhere for the best coverage given it’s not my area of expertise.

Then of course the first AFLW season. My plan is to cover it almost identically to how I’ve done with the men, once I binge previous seasons like I’m trying to clock Netflix.

I’ll freely admit I didn’t watch most of the previous two years, for one self-explanatory reason – there was no North Melbourne team and therefore no emotional investment. 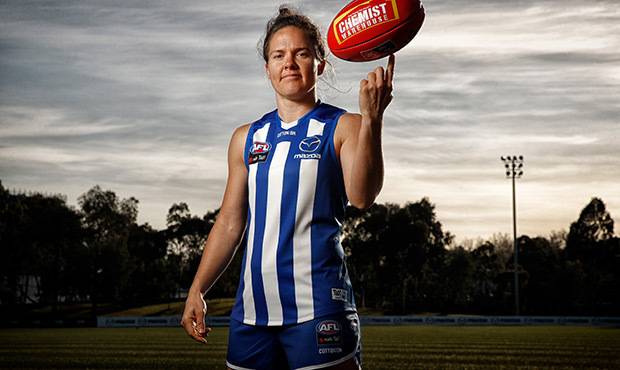 Most viewed post: Why North Melbourne is better than expected (after Round 9)
Most viewed match review: Round 21: 30 minutes of madness
Posts I enjoyed writing the most: Goldstein, Mitchell, and a plan coming together + The Richmond Files

One thought on “Thank you”