If there was one lesson I learned over everything else in my time at North Melbourne, it was to focus on what you can control. Control the controllables.

I’m mentioning it off the top here because over the course of the week, you’ll see the standard headlines about the game pop up. Things along the lines of:

Is it frustrating? Absolutely. Does it do any good to complain about it? It may let off some steam, but it won’t change anything in the long run.

How do you do your part to change those headlines? By attending Etihad Stadium on Friday.

A marquee game for the club is such a boon when it comes to prime-time exposure. It helps sponsorship dollars, membership totals and in this case, community goodwill by tying in with the Good Friday appeal.

North campaigned for a game on Good Friday so it could make the most of all these benefits. They help the bottom line, they help the perception of the club and give a tangible reward that marketing, membership and sponsorship strategies can be built around long-term.

The club does a million things you’ll see to promote it and a million more behind the scenes you won’t. The work everyone does is phenomenal and deserves awareness; the amount of content that was available to post on social channels in the lead up to last year’s game was almost overwhelming, there was so much of it. 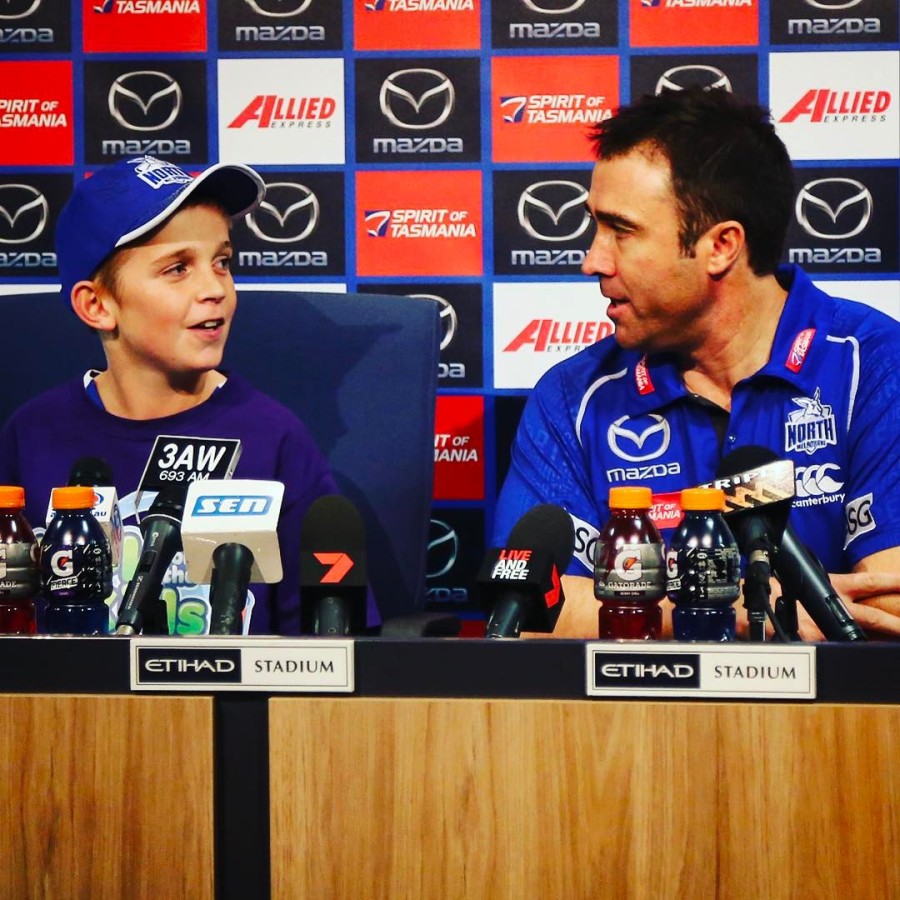 The club has covered all aspects they can in terms of promotion, encouraging ticket sales and the like. The playing list and coaching staff will be primed, and if you need any proof look at Brad Scott’s post-match media conference from Saturday night. When he gives a short answer with the head nod, he’s not playing around:

“Good Friday is a pretty big occasion for us. We’ll have players that will be jumping out of their skin.”

All of the above, all the effort put in, it means nothing if we as a supporter base don’t show up on the day.

It’s all about eliminating a reason for the game to be taken off North Melbourne. The club has taken care of their end of the bargain, but if there’s a poor crowd it opens the discussion up to a line we’ve heard all too often:

“They don’t have any fans, why should they have a match on Good Friday if no-one shows up?”

What will the crowd figure have to be to spare us of those conversations?

If you look at recent numbers against St Kilda at Etihad Stadium, they’ve usually hovered around 25-30,000, with one exception – Brent Harvey’s 427th game, when there were 44,287 in the ground.

Obviously, anything around 25-30,000 will be a disaster while 44,287 will have North staff in a conga line around the ground.

The hope will be somewhere towards the latter, around 40,000, with a strong turnout from North members to get to the total. The club receives data on how many people enter through a membership card, general admission ticket, Medallion Club, etc, and it’s invaluable information.

When there is a strong North contingent, it gives the club insurance if the overall crowd number is lower than expected and queries come knocking.

Ultimately that’s what this is all about; us doing our bit to attend and give North Melbourne an extra reason to keep the Good Friday game forever. Control the controllables.

We’ll be back on Thursday morning with a look at St Kilda, before the preview on Friday morning and the review on Saturday morning.