Round 1 is just a few days away!

Before we get into today’s post on why a list rebuild for 2020 is relevant this year, your help in spreading the word about The Shinboner has been hugely appreciated so far.

At the risk of putting two and two together and getting eight, it appears 2020 is the target for a return to finals. What follows is the three ways the club is planning to get there, based on interpreting their actions so far.

Ben Buckley talked to the Herald Sun’s Glenn McFarlane last month on a range of topics, and one particular quote stood out.

“We will be extremely active in the free agency area (this year) as much as anyone else — if not more.”

Notice how Buckley specifically mentioned free agency, rather than the standard quote around getting the best players in, which then means the possibility of a trade or two.

It leads me to believe the plan for the 2018 off-season is using most of, if not all the draft collateral on the potential father-son (Crocker, Scott, Blakey) and academy (Thomas) selections. Whether all four become available remains to be seen, but if North was looking at players from other clubs to trade in, Buckley wouldn’t have specified ‘free agency’ in his quote.

The best-case scenario would be to sneak a selection before the bids arrive for the quartet, getting a top-line talent in while keeping the picks for Thomas, Crocker, Scott and Blakey.

Remember North currently has two third-round picks in the 2018 National Draft, but neither are its own; they are linked to West Coast and St Kilda.

If all comes off well, there could be five or best-22 players added to the club in a single hit once the rookie draft is added into the mix. 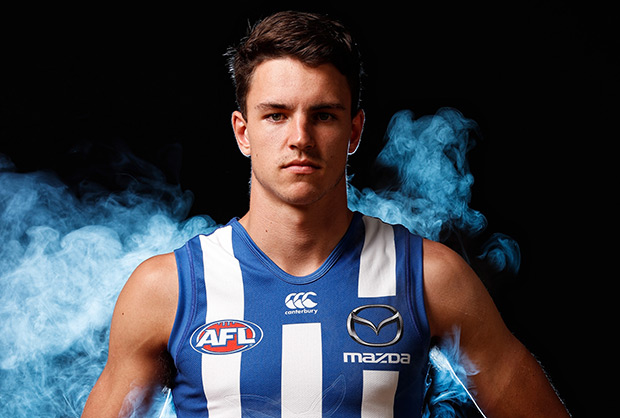 At the moment there are 11 players contracted until at least the end of 2020, and North will be banking on all to be in the best 22 when that time arrives.

In theory, Ziebell, Davies-Uniacke, Tarrant, Cunnington, Higgins, Wood, Simpkin, Brown, Macmillan, Preuss and Garner make up half the best side already. To reiterate, this is based on what the club is predicting now – no doubt this will change when we arrive in 2020.

History is littered with players who come from nowhere to become a crucial part of the best 22. Early last year Carlton would have had permanent marker through Liam Jones’ name. Now he’s one of the first defenders picked.

There are currently 21 players out of contract at the end of the season, and a further 12 at the end of 2019. The club will be hoping a minimum of half these players become strong parts of the list, and no doubt several are more or less pencilled in already – Marley Williams, McDonald, Vickers-Willis and a couple of the key position players just to name a few.

If you’re wondering why we’re talking about a potential list in 2020 when we’re only days away from the 2018 season opener, it’s for this group of 33 players.

Because this season is all about planting the seeds for further down the line. When you’re watching these players at AFL or VFL level, ask yourself – how do you see them developing and fitting in North’s lineup two years from now?

Whether it be the players who have been around for a few years, or the draftees from 2015-16-17-18, it’s this group’s development which will prove crucial to North’s hopes of climbing the ladder quickly.

The more who improve, the easier it is to add players through the last form of a list build… 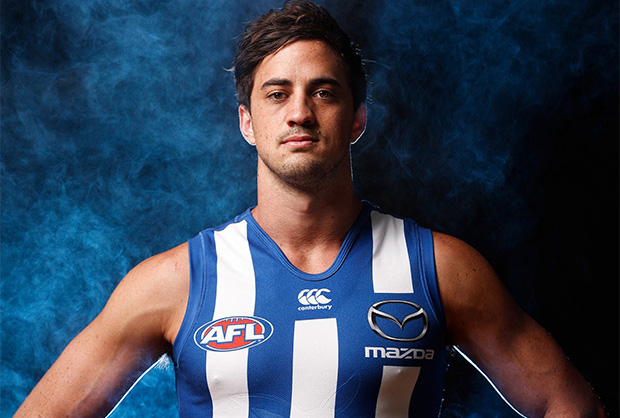 You’ll note through the previous two sections I haven’t noted anything about the 2019 draft.

If the 2018 draft goes well, games are pumped into the inexperienced and the second/third string players develop as planned, there should be the making of a well-balanced list.

It’s when you look to top off your list with free agents, ala Nick Dal Santo in 2013 along with Jarrad Waite and Shaun Higgins in 2014.

All of this is a long-winded introduction to arrive at the point where I say North will be throwing everything including the kitchen sink – and probably another kitchen sink – for Josh Kelly. It’ll include draft picks, either multiple in the same year or future first rounders, maybe even a player or two if negotiations get that far down the track.

(By the way, where did the saying ‘throwing the kitchen sink’ come from? It seems painful, just carrying around a kitchen sink at all times so you can use it if the situation arrives.)

If it comes off, Kelly becomes the star of a midfield featuring Davies-Uniacke, Simpkin, Garner and Cunnington, with spells from Higgins and Ziebell after they spend time forward, plus a couple more draftees who emerge to fill out the rotation.

There are so many road blocks, intangibles and unexpected turns which go into building a list. Even the best-laid plans go awry, and if anyone remembers this post in 2020 we’ll be able to go back over it and laugh at how things are so different to how it looked at the start of 2018.

With a lot of ‘ifs’, ‘buts’ and ‘maybes’ littered throughout this post, who would want the pressure of being a list manager? Put yourself in that position as you watch North games this season, constantly assessing who is good enough to make the grade and how it affects short and long-term plans.

We’ll be back on The Shinboner on Friday morning with what to expect from Gold Coast, followed by a match preview on Saturday morning and a match review/key points on Sunday morning.